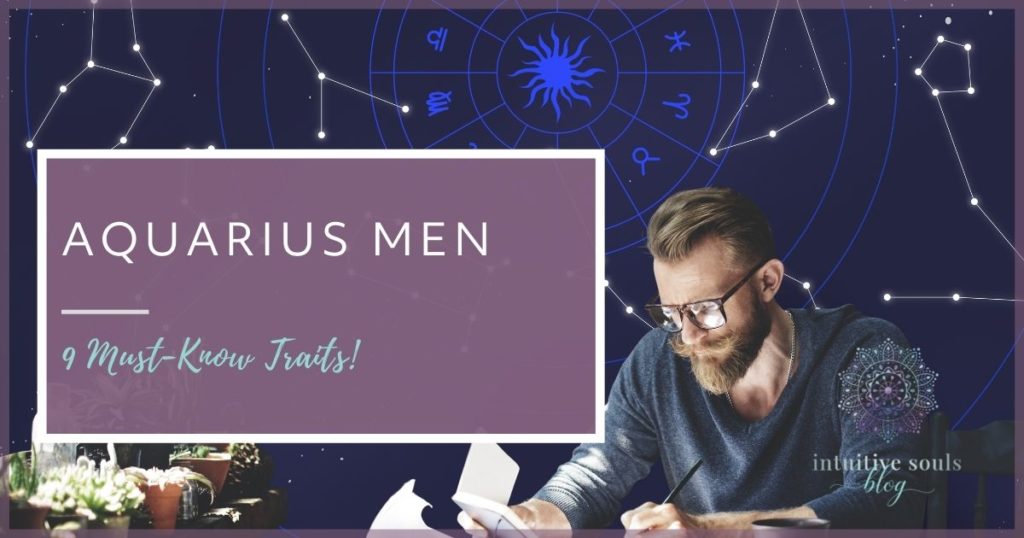 February might be short, but the Aquarius man is mighty! This air sign runs from January 21 to February 21, and is a free-spirit, future-thinker, and fun.

With those lovely qualities come others, so let’s get to the bottom of this open minded guy.

In love with an Aquarius man? Wondering what to expect?

The first step of dating an Aquarian is deciding whether you’re up for the challenge — and we’re not saying this lightly! Challenge may be a scary word, but it comes with so many great things.

Overall, your relationship will be about experiences.

According to his natal chart (birth chart), he thrives when trying new things, and cherishes exploration with you more than gifts.

He is energetic, witty and sharp.

This water bearer sign isn’t looking for a patterned life. Instead, he wants a little edge and spunk; he dares to be bold with his life and his decisions.

Does that sound exciting to you, or does it overwhelm you?

As long as you’re ready for a fast-paced, unpredictable life with your man, you should be golden. 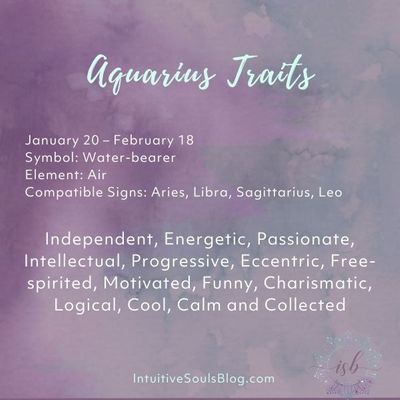 You know you’re dating an Aquarius man when you can’t go anywhere without someone saying hi to him.

Everyone knows this guy because he’s warm and friendly, but do they really know him? Chances are, probably not.

That’s the mystery of this zodiac sign… He’s private, yet open.

Some would say he’s like an onion with lots of layers, and most people only get to know the top.

If you’re the lucky one who gets to know them all, you can be sure you are in his trusted inner circle, which leads to our second trait…

Another perk of being in a relationship with an Aquarius male? He’s honest and loyal.

Sure, he may be slow to warm up to the idea of a relationship, but once he falls in love, he commits to you.

On the flip side, if you’re looking for a romantic sign, Aquarius isn’t your guy.

He’s not a lovey-dovey partner, though he is supportive, caring, and thoughtful. You’ll always be able to count on him, and he’ll want to count on you, too.

The Aquarius man has a lot of energy and grows restless quickly. He’s not the kind of guy that wants to come home, curl up on the couch, and call it a night.

Instead, he likes to be out doing things, or hanging out with family and friends. But don’t worry, he’ll love having you along, he just doesn’t want to be attached at the hip.

Aquarius guys like to keep things spontaneous, so don’t be surprised if he comes to you with a grand idea for a fun date or vacation. You don’t have to go along with his plans, but you may have a problem if you’re not into spontaneity.

One thing is for sure: you won’t grow bored in a relationship with him!

Aquarius males are idea men: they love coming up with off-the-wall visions and concepts, but they don’t love executing.

One day, he’s ready to settle down and buy a house, and the next, he wants to travel the world in a van. If you need stability, you may have a tough time in a relationship with this guy.

And because of this trait, an Aquarius man in love needs mental stimulation.

So, jump into a riveting conversation that will allow you to exchange views with him.

Then, as you ease into a relationship, don’t let anything become mundane. Keep the philosophical discussions flowing, and you’ll have a happy man.

The Aquarius sign is known for having a great sense of humor — sometimes to the point of absurdity.

We can’t tell you exactly what his sense of humor is like, but we can guarantee that his jokes won’t disappoint. He is one of the funniest sun signs of the zodiac!

The Aquarius man isn’t on one extreme or the other, but he leans closer to the rule-breaker category.

They like being their own person and value people that are unique; they don’t like doing things because society says so.

You’ll see this in a lot of areas of their life. For example, they won’t wear trendy clothes, but will wear something to express themselves.

His friends are super unique (and you are probably even more so!)

In fact, most Aquarius men like to surround themselves with people who are more “out there” than they perceive themselves to be.

One of the best traits of Aquarius men are their humanitarian tendencies.

They like the idea of solving the world’s problems — be it helping the community or volunteering in a developing country.

Often, this side of his personality becomes his profession and passion. That’s why you’ll see a lot of these guys working in a unique job and being devoted to it.

Aquarian men are independent and self-sufficient (think cats), so he won’t be waiting at the door for you to come home. But that doesn’t mean he doesn’t care.

The way he shows you he cares will be mellow and laid back. He’s a loyal guy, and that can be seen in the way he treats his friends, family, and you.

Speaking of friends, the Aquarian male loves quality time with his buds. He may seem to be prioritizing his friends over you, but he’s not. He just likes to mingle with all kinds of people. (That’s why Aquarians are called social butterflies.)

Are You Ready for an Aquarius Man?

We’ve been doing a lot of focusing on him, but now it’s time to turn it over to you. Now that you know his ins and outs, do you think you can keep up with this sun sign?

The most important thing to know about him is that he cares, but shows it in a unique way.

Depending on your zodiac sign, your personality traits, and what you’re looking for in a relationship, he could be a perfect match or a flop.

His Aquarius sign makes him a whirlwind — an exciting, free-spirit that can be hard to understand at first — but this man is worth getting to know.

As long as he’s able to do his own thing and be his own person, he’ll be content.

19 shares
We use cookies on our website to give you the most relevant experience by remembering your preferences and repeat visits, and to analyze our traffic. By clicking “Accept”, you consent to the use of all cookies.
Do not sell my personal information.
Cookie Settings Accept Reject All