Chaldean numerology is one of the oldest, most spiritual and accurate forms of numerology because it represents your inner and outer self.

But it’s not well known for being one of the “sexy” types of numerology.

It’s like how Mark Wahlberg is a household name, but nobody knows the name of his manager, you know?

Also, it’s one of the most complex numerology systems (you can dig into numbers for days!), but this post will teach you a simplified version in minutes.

Here’s how to use this ancient number system to decode your life! 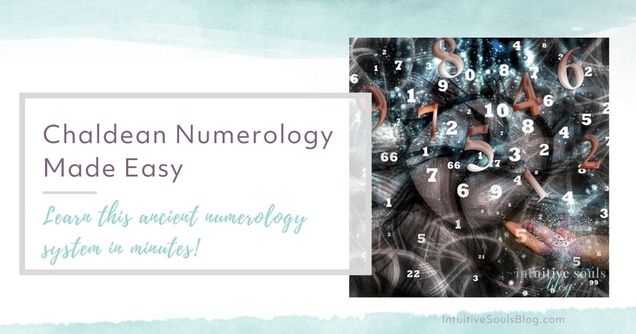 If you want to go deep, I recommend the book Chaldean Numerology for Beginners: How Your Name and Birthday Reveal Your True Nature & Life Path. This book is the best book on the subject.

Remember in our beginner’s numerology post, how we said each letter of the alphabet corresponds to a number, like in the chart below? 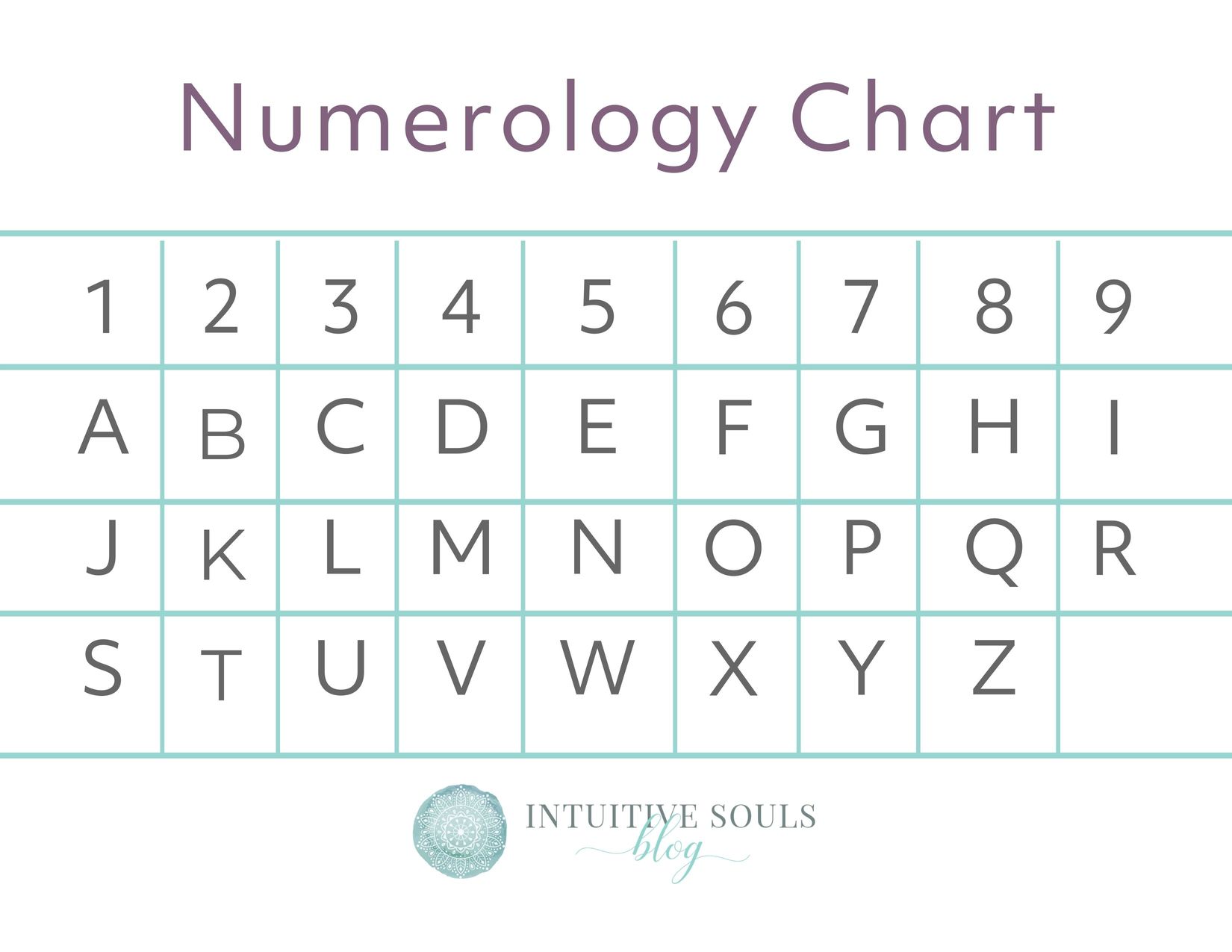 Tip: 9 was only used when the letters/numbers added up to 9… but it’s not on the chart. This is like how Master numbers 11 and 22 aren’t on other numerology charts.

Chaldean numerology is much more spiritual than other forms of numerology.

When studying it, you’ll see spiritual words such as:

And much like Greek numerology, it focuses more on divination than symbolism.

Also, the Chaldeans were known for practicing magic and interpreting the stars. Some people refer to this as Mystical numerology.

I know! It is very interesting!

In other types of numerology you decode your name based on your full birth name, such as…

But in Chaldean numerology, you use your “everyday” name (which may be different from your birth name). That’s because your everyday name may be your married name or include a nickname. 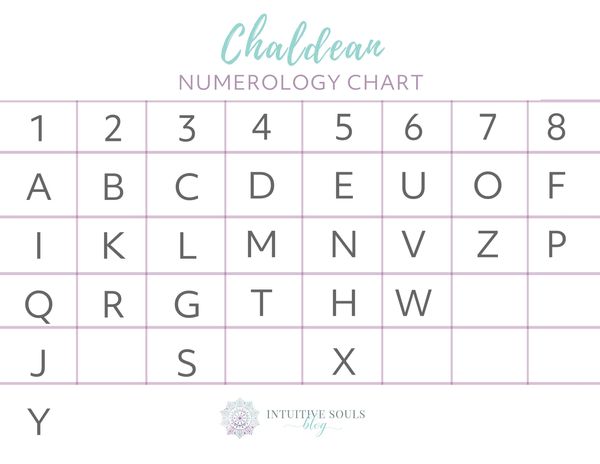 How to calculate your numbers

Take your name and write it out using the values from the numerology chart above. Here’s an example using Jen Smith’s numbers:

We’re going to use that double digit, but for now, let’s keep reducing until we get a single digit.

So, what do these numbers mean?

In Chaldean numerology your name splits into two areas: your inner self and outer self.

Your outer-self could look calm and collected to the outside world, but your inner-self may struggle with low self-esteem and anxiety.

Use Your Birth Date, Too

50 Cent was on to something when he said to “party like it’s your birthday.”

Your birth date is important in Chaldean numerology because it is constant, unlike your name which can change.

In other words, your birth date is forever, like a diamond.

In the Chaldean system of numerology the birth number is based on the DAY of the month that you were born.

Although the Chaldean numerology system is not as popular today as other systems, it’s still powerful.

Plus, it’s unique because you can get insight into the inner and outer versions of yourself!

157 shares
We use cookies on our website to give you the most relevant experience by remembering your preferences and repeat visits, and to analyze our traffic. By clicking “Accept”, you consent to the use of all cookies.
Do not sell my personal information.
Cookie Settings Accept Reject All