In the fall of 2000, I went through a phase of wondering if Spirit Guides are real.  I had been going to psychic development classes for a little while, and I still hadn’t met my guides.

Each Monday, I would drive an hour to sit in a mediumship development circle.

The people who were further along in their journey than me would often share stories about their guides.  Some guides were exotic, and others were more “ordinary” and had names like Bob.  “Bob told me this and Bob told me that…”

Where was my Bob?

One chilly Monday, our mentor, Terry, said that our homework was going to be to connect with our guides.

Our task:  Set the intention to connect with our Spirit Guides during meditation.

I thought, “Yes!”  This was going to be the most excellent thing EVER!

The next day I got the kids off to school, got comfy on the couch, and put on some relaxing music.  It was time to meet my guides!

The Ladies in the Gowns

After about 10 minutes of total relaxation, the image of a woman’s face came into my mind.  I continued to relax and saw that she had long red hair, creamy white skin, and a long white dress that looked something like a toga.

Suddenly, two other women appeared.  They were wearing similar “toga” style gowns – one was white; the other light blue.

The third woman had golden blond hair that was pinned up.  She wore the light blue gown.

Even though the gowns were long and seemed to have a lot of fabric, I sensed a lightness to them.

The three women were standing together.

Each one of them was GORGEOUS and gave off an energy of love and confidence.

I didn’t get their names at that time, but I had the sense that at least one of them was here to guide me with my children.

We didn’t have a dialogue at this time, but it was still a pleasant experience and I felt at peace.

And when the meditation was over I thought, “Three goddesses?  Really?  This can’t be real.  Either I have Charlie’s Angels as my spirit guides or I played with too many Barbie dolls as a kid.  Where’s Bob?”

Back to Class on Monday

I didn’t try connecting with my guides again that week.  Honestly, I felt silly – like I made it all up.

The following Monday, as I drove to mediumship class, I argued with myself over whether or not I would share my experience.  You’ll see in a moment that Spirit had other plans.


I arrived at class and we all settled in.  I remember it was a windy day and it was chilly in the little room.

Terry asked us who would like to share.  I thought, not me!  I looked down hoping that I would become invisible and not be called on to share.

I felt that my imagination invented these three goddesses and that the whole thing would sound really weird to the rest of the group.

When one of the other students volunteered to go first, I was relieved!  WHEW!

Whew until he pointed at me and said, “I can see your guides”.

I looked to the right and then the left.

Yes, he was definitely talking to me.

He said, “Yes, you have three of them.  Three women.  They look like goddesses.  One has long red hair, the other brown, and the third is a blond in a flowing blue gown.”

I sat frozen in my seat.  I tried to squeak out a few words, but I couldn’t talk.

It was like a million things were running through my mind, yet my mind felt blank at the same time.

Was I having an out of body experience?  Was I dreaming?  No, I don’t think so!

I could not believe it, yet I knew it was true.


Terry reminded me to breathe and I pulled myself together so I could speak.  Now, I couldn’t get the words out fast enough!  I was talking fast and breathing hard and saying, oh my gosh, oh my gosh!

Since that day, I’ve gotten to know my “goddesses” and many of my other guides very well.

This includes the spirit guide that helps me when I give readings.  He’s an excellent guide, but he’s very serious.  He doesn’t really laugh at my jokes, but it’s OK –  I know he loves me just the same :)

I’ve learned that when I question Spirit, Spirit will find a way to validate that it’s not my imagination.

This has happened to me countless times, including a Spirit with a glass eyeball (I’ll share that story another time).

A few years ago, I had a similar experience with a past life validation.  I saw something during a meditation that was later validated by another intuitive.  Super cool!

Spirit is beautiful, inspiring, and reminds us that there is so much love here for us… especially when we get out of our own way and listen.

Have you met your Spirit Guides?  I’d love to hear about them in the comments below.

As I learned to walk, I could see life stream hearing & seeing spirit. I am Seer medium clairvoyant psychic . Ancestors & advice giving Destiny’s direction, guided by Angelous my guide. Guidance around family, lovers & friends. Social media blockages can hurt. Clarity given around relationships of love. I look into past present & future.

I specialize in Love/Relationships, Finances. Over 25 years experience. I do use Tarot and pendulum (upon request), and can use NO tools. I do, however, occasionally receive messages from my spirit guide. In private, I will need your name and FULL date of birth (MM,DD,YY). I DON’T DO “GENERAL” READINGS. 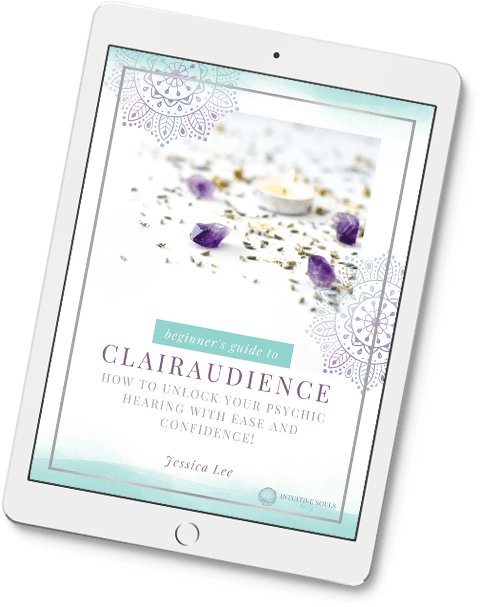